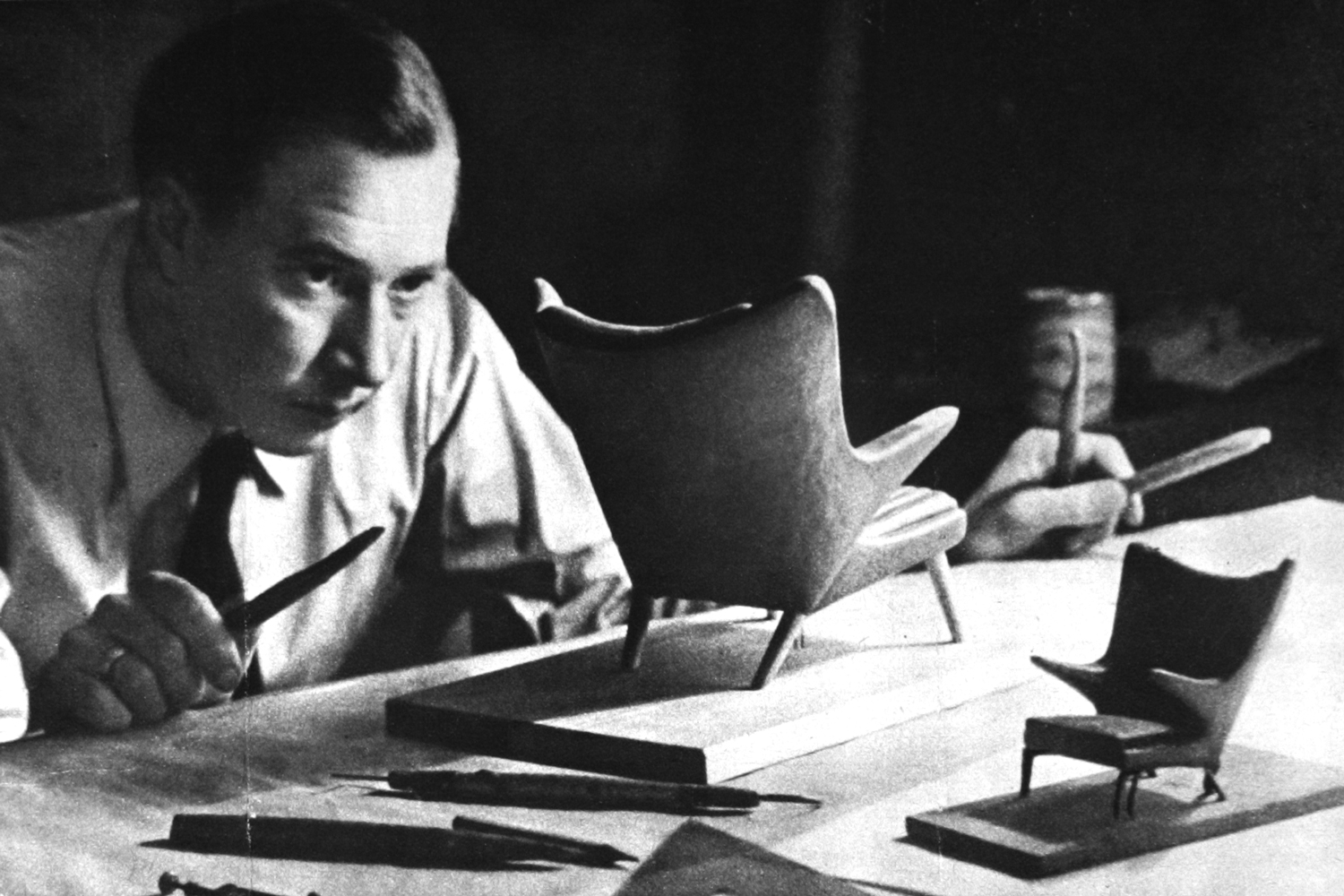 The birth of Danish Modern 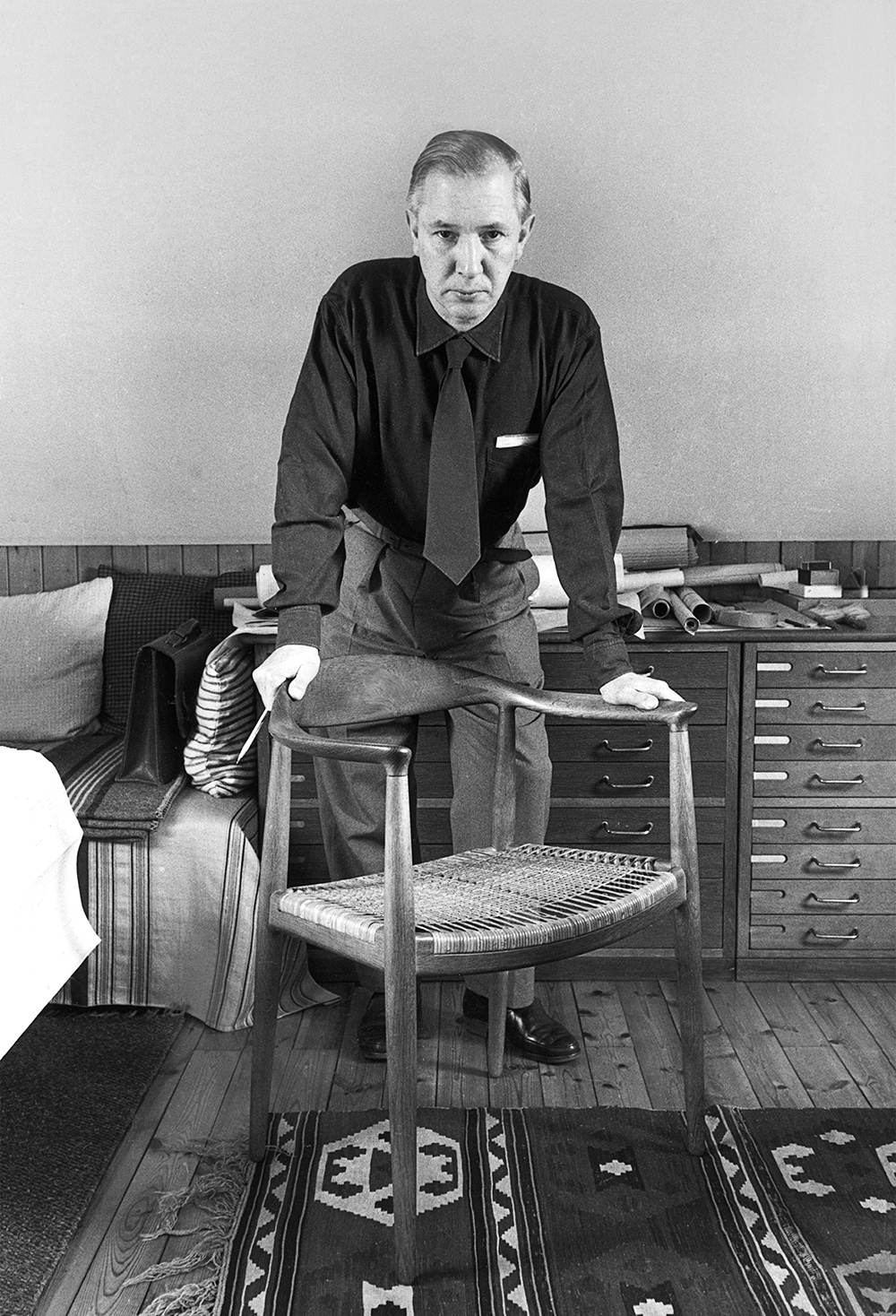 Wegner was often referred to as the master of chairs and he considered the chair to be the greatest challenge within the field of designs. As he explained, ” The chair is the object closest to humans”.

Wegner was also a purist. He refined his ideas about crafts and ergonomics with an almost scientific methodology and worked intensely in a relentless search for the perfect chair, “I have the feeling it eludes me the more I work on it”, he said. 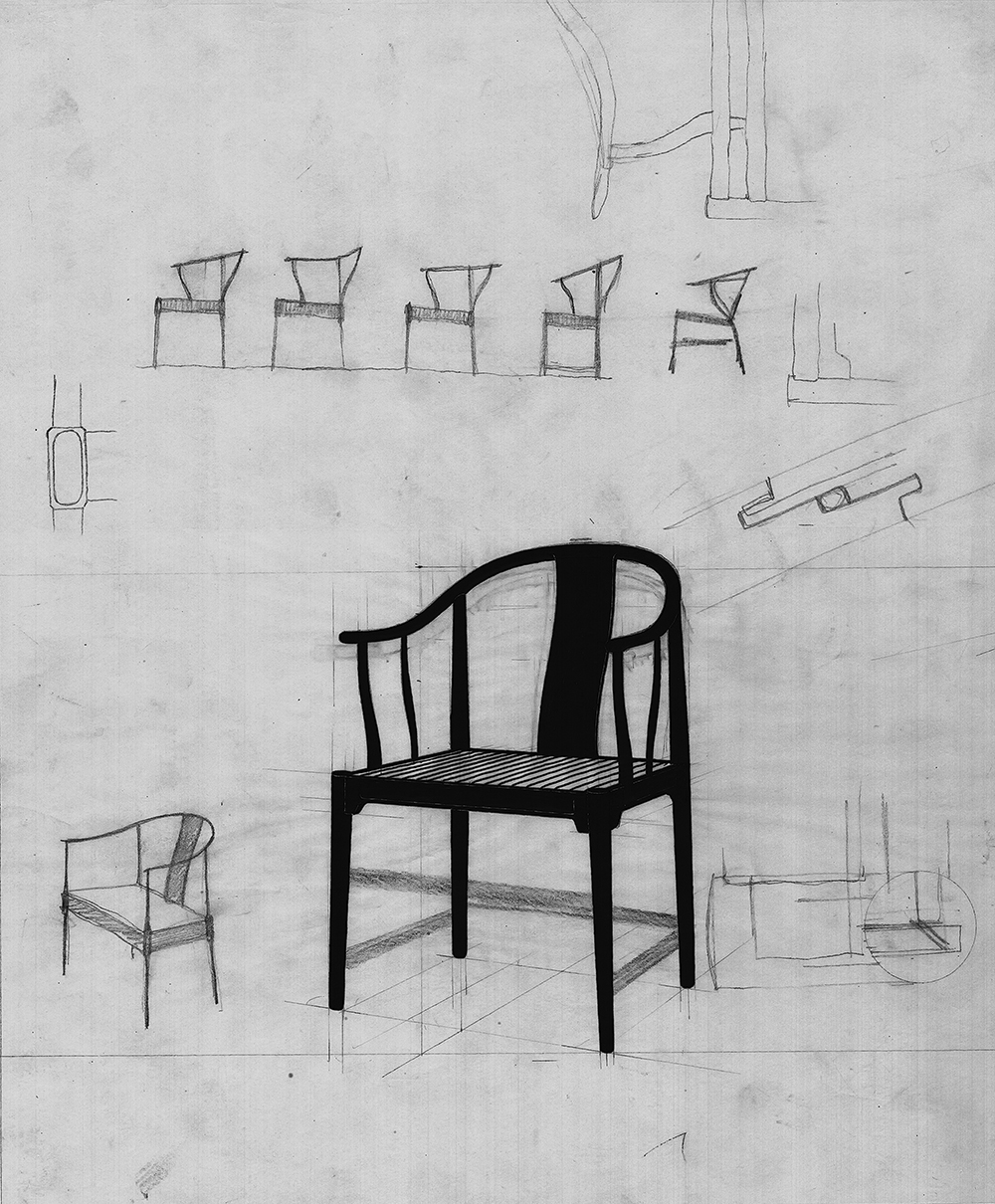 The foundation of Wegner’s principal work was his detailed studies of Ming Dynasty Chinese chairs. These led directly to the creation of the Round Chair and consequently marked the international breakthrough for Wegner personally as well as for the export phenomenon of Danish Design.

In creating the Round Chair Wegner simplified it’s construction by placing the emphasis and focus of work onto the critical points of contact. The combined back and arm rest.

“Many foreigners have asked me, how we created the ‘Danish Modern’ style. And I have to say that it was nothing like that – creating …

I suppose it was more an advanced process of purifying and for me simplification, cutting the elements down to the bare essentials:

Four legs, a seat and a combined back and arm rest – The Chair.” 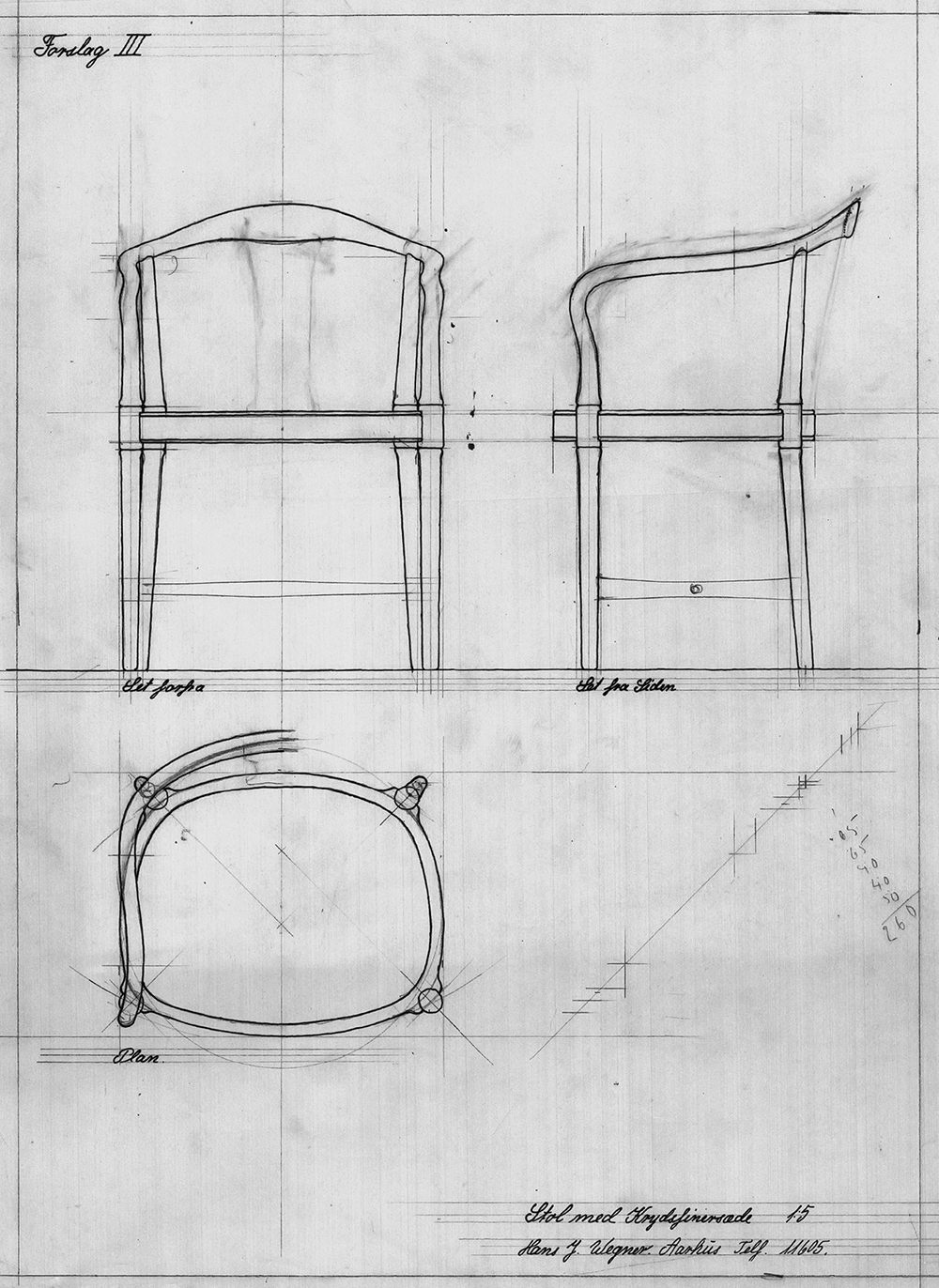 Danish Design on the American market 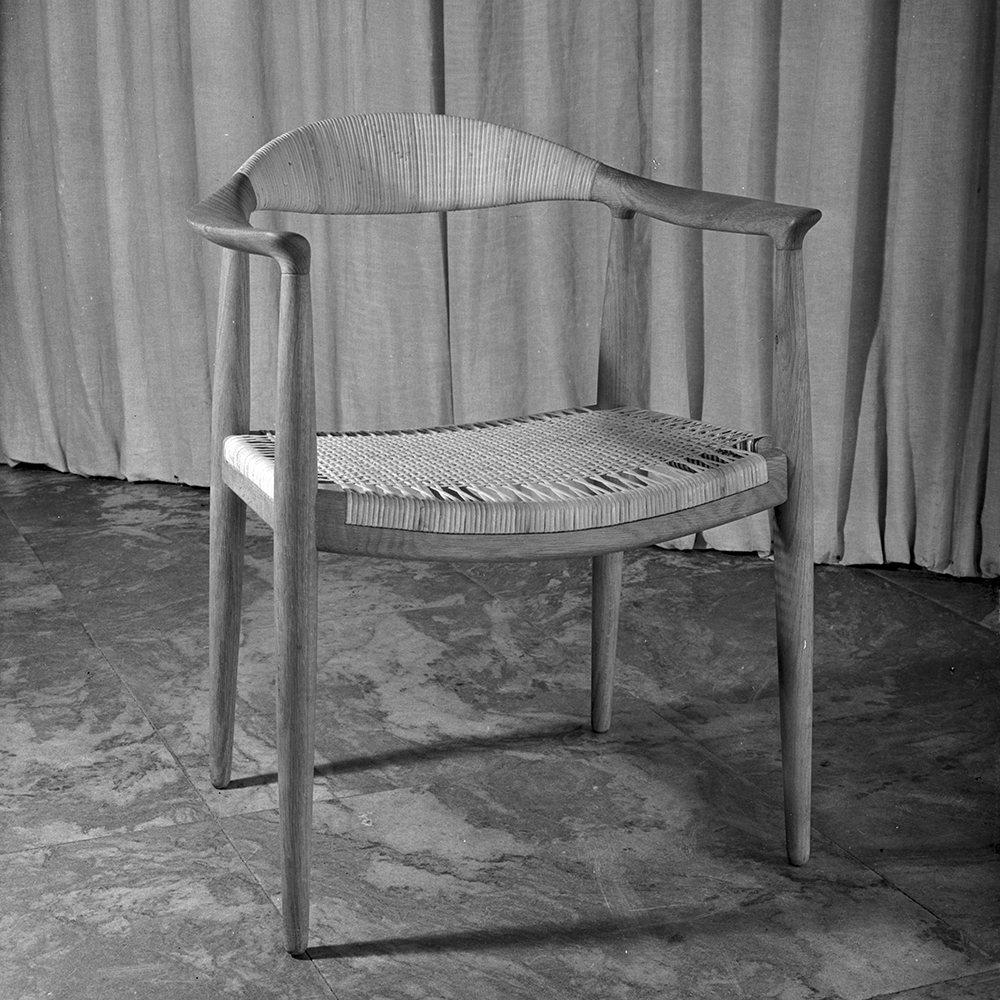 The prototype of the Round Chair was featured in the US magazine Interiors in 1950. This was the first ever report on Danish furniture outside Denmark and the following text accompanied a picture of the chair.

“In this oak desk chair Mr. Wegner uses a simple construction and devotes himself to perfecting the shape and scale of the parts.

The top rail, a complicated collection of twisted curves and joints, was wrested into quiet obedience.

The sturdy legs are tapered just enough to seem muscular rather that overfed and the seat dips slightly to look willing but not seductive.”

The Round Chair became one of the desired designs on the American market and the export of Danish furniture quickly picked up.

Within the American furniture business the Round Chair was regarded as an archetype of a modern chair and it became known simply as “The Chair”.

In 1960, when John F. Kennedy faced Richard Nixon in the first presidential election debate to be televised, they sat in “The Chair”.

The debate was historic and proved pivotal in favor of Kennedy. The iconic image of him sitting in “The Chair” marks the event considered one of the great moments in American political history. 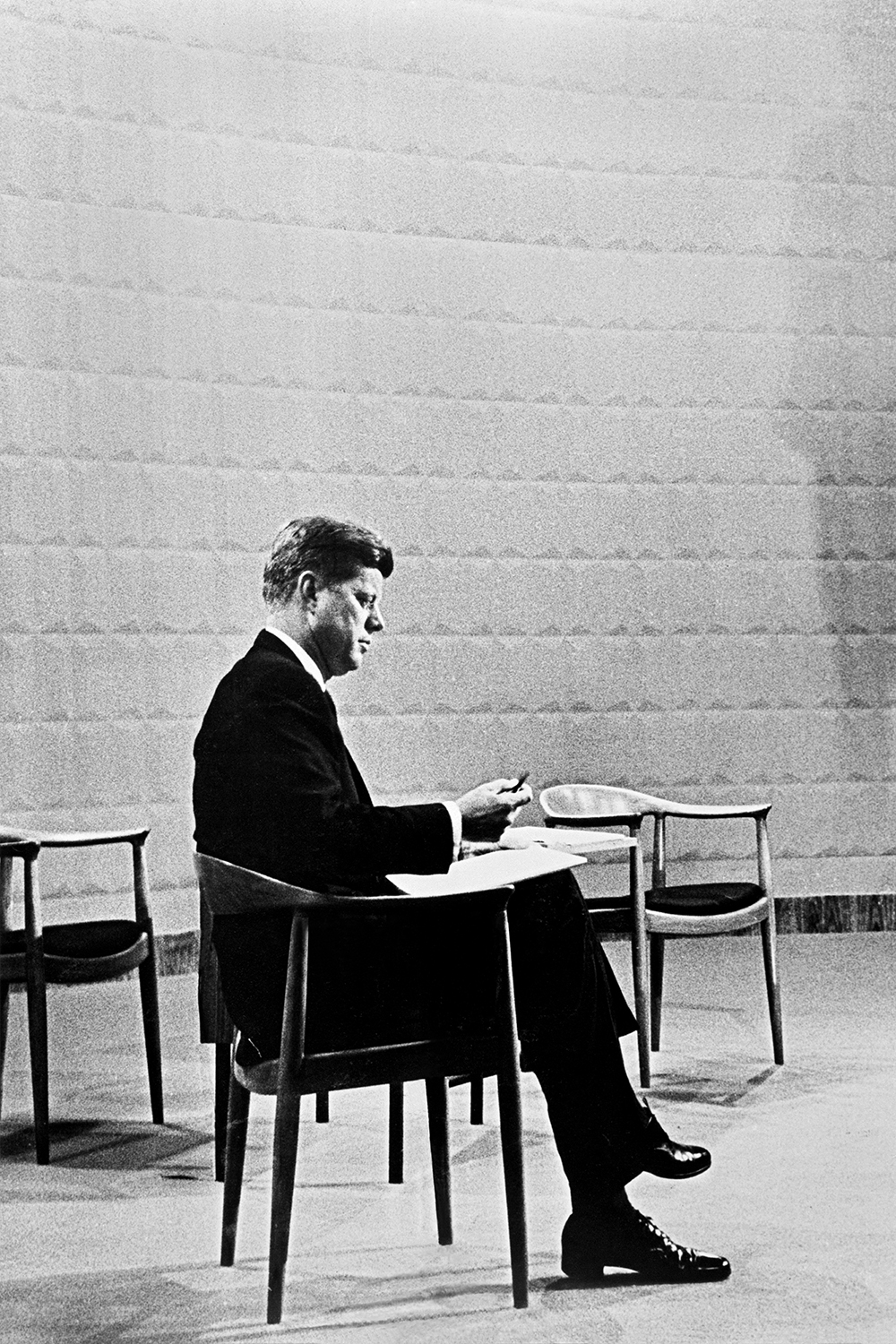 From the archives: Wegner explaining details on pp501 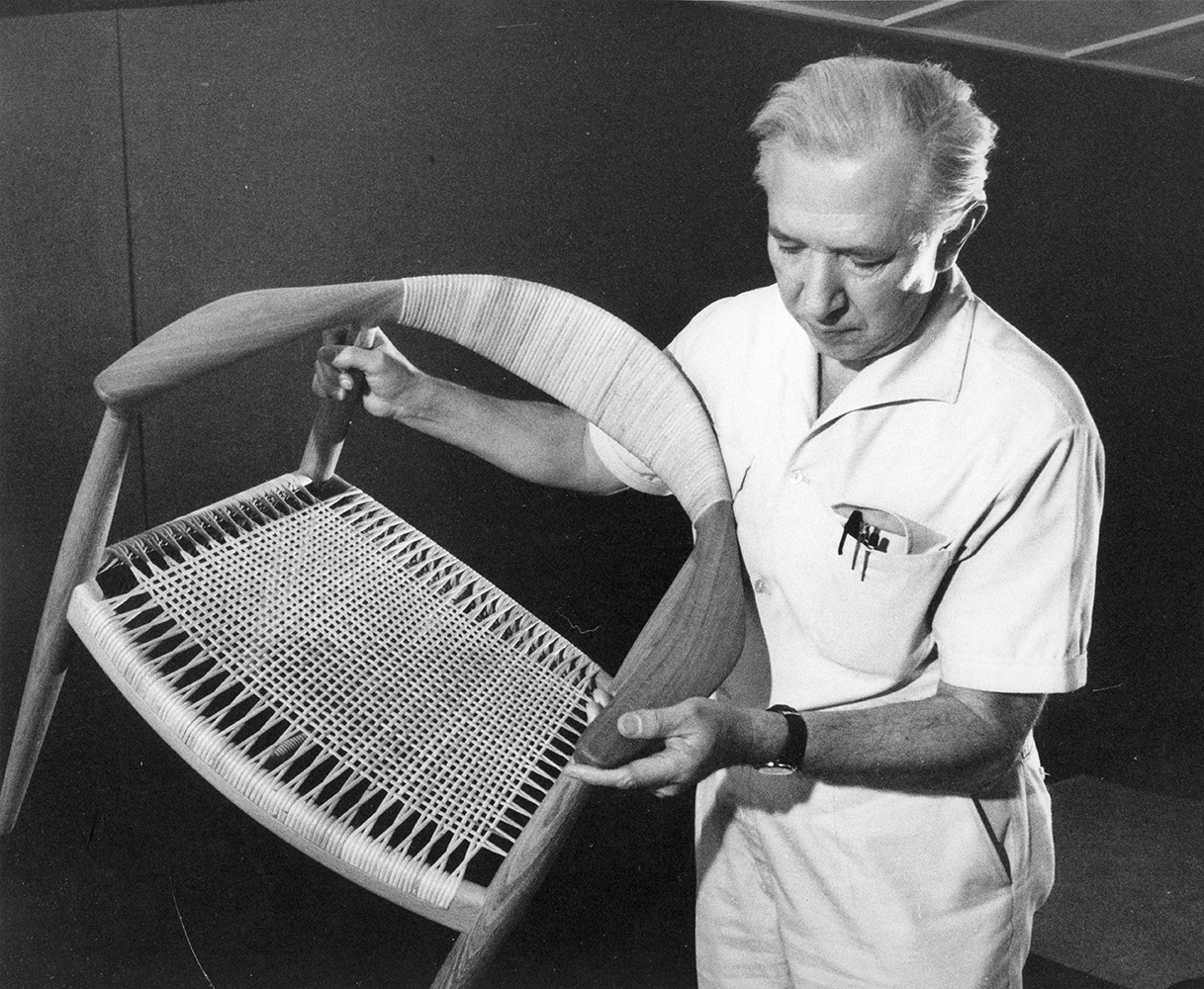